The original Man v Horse in Llanwrtyd Wells started in 1980. The race normally covers 21.5 miles with 3000ft of climbing, but this year the recent weather had been so wet that the organisers made a change on safety grounds. A stream crossing was removed but was replaced by an additional 2 miles with an extra 1000ft of climbing.  On the day, it rained almost continuously and became heavier and windier towards the end. 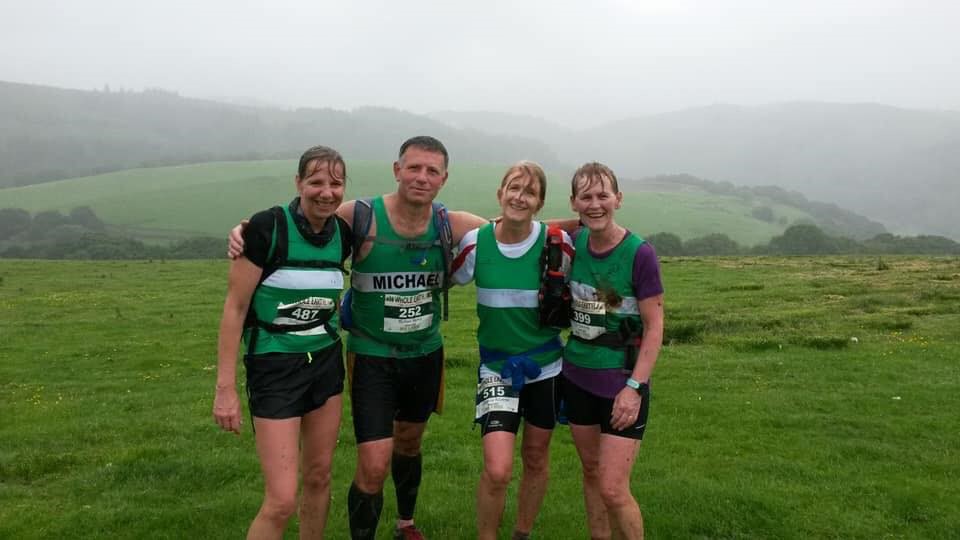 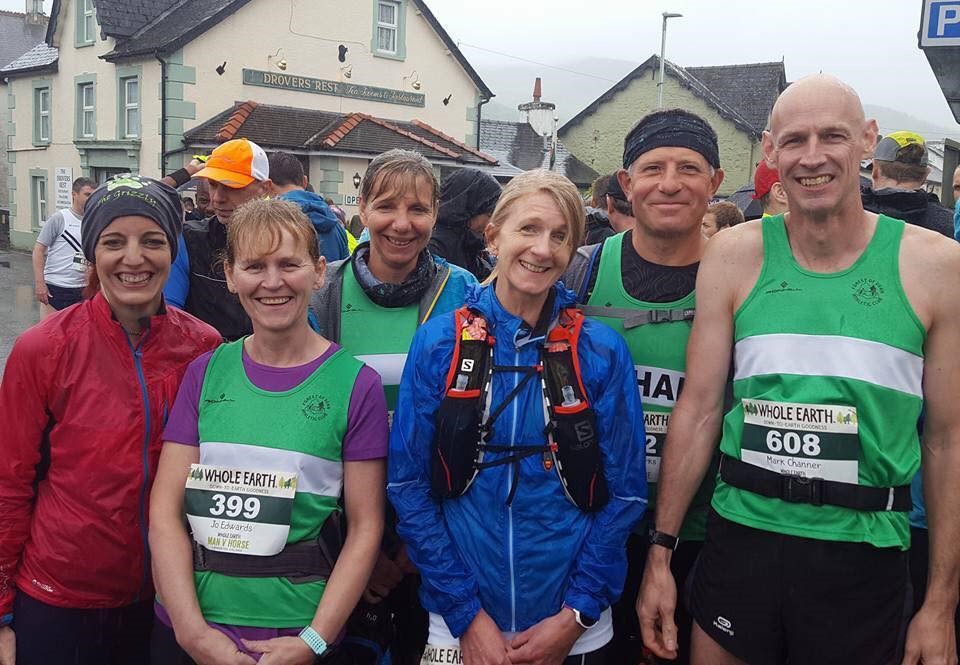 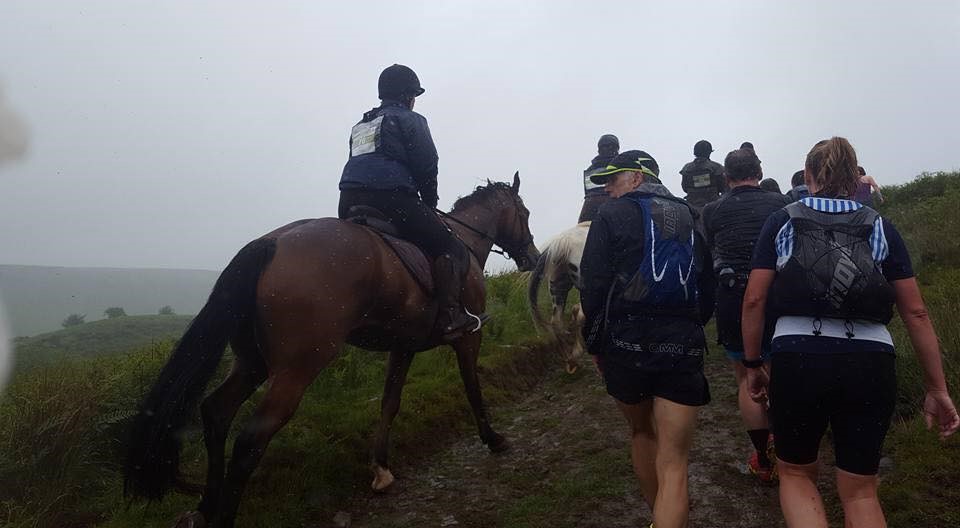