The annual Race the Train takes place alongside the route taken by the Talyllyn narrow-gauge railway on its journey from Tywyn to Abergynolwyn and back, a total distance of 14 miles. As the name suggests, the aim is for the runners to complete the route quicker than the train: a big ask given the terrain. Conditions favoured the train more than usual this year, with heavy showers and 50 mph winds blowing into the faces of the runners on the 7 mile return journey.  The winning time this year was 9 minutes slower than last, and only 96 out of 900 runners managed the feat, compared with 165 last.

Elsewhere, 3 FODAC runners took part in the Cheddar Gorge Challenge half marathon.  This race is billed as having more climbing to get to the start than most races have in their entirety, but at least the runners start at the top of the Gorge and finish at the bottom.  First to finish was Graham James in 2.21.45, then Kate Burke 2.46.58 and Jacqui Wynds 2.53.04. 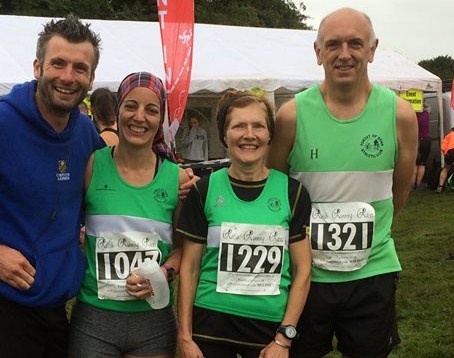