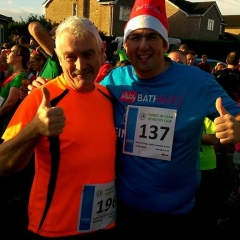 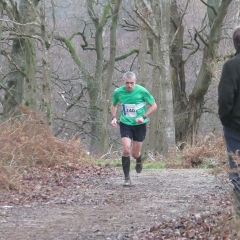 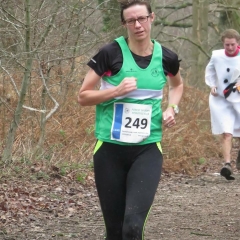 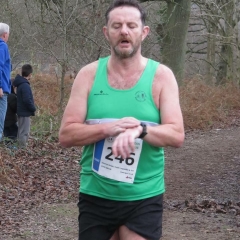 The main event of the weekend was FODAC’s very own Christmas Tree race. A superb turnout gave the race a brilliant atmosphere with over 156 competing in the main race, over 40 in the cani-x and 35 in the junior run.

Thanks to plenty of rain the course lived up to it’s muddy reputation and bespattered many a Santa although the sun actually came out for the race.

The first man home was Freek Van Arkel of Gloucester A C in a time of 35.36 and the first lady was Tina Gomer of Stroud AC in 43.36. The first Canicross Male was Oliver Rennison and Ebony and first overall and first Lady was Kim Mazzucca with Halo. In the Junior section the first boy home was 10 year old Owen Hall in and the first girl was Laura Mc Peake.

It was a close fought race between Marcus Bennetto and Leyton Fleet for the Mens FODAC honours with Marcus just having the edge finishing in 39:23 from Leyton’s 39:27. Jack Fleet finished in third for FODAC in 41:11.

All results can be found on below links.