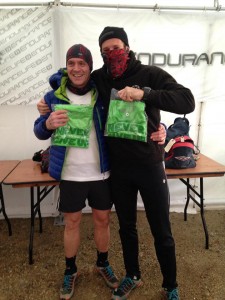 The weekend began with Richard Pegler and Leyton Fleet attempting the Endurancelife Dorset Coastal Marathon along part of the Jurassic Coast Path.  The event is described as “extreme”, covering 27 miles of steeply undulating coastline requiring much walking.  They finished in a little over 5 and a quarter hours.

The next event was the Gwent XC League held at Penlan Leisure Centre, Brecon.  The weather was knder this year, and none of the runners were taken away in ambulances with exposure.  Both senior men and women fielded full teams and both strengthened their league positions: the men remaining in 2nd place in their division but extended their lead over 3rd.  The women moved up a place to 4th and look capable of catching at least the team above.  The best run by a FODAC athlete was in the senior women’s race.  Ann Nixon came 16th overall in 25.19, less than 3 minutes behind the overall winner.  She is now 6th in the senior women’s table ( and leads both the F45 & F55 classes!).Other women’s results: Sue Shergold 30.50; Lynne Park 31.52; Stef Francis 32.16; Jackie Green 32.54; Claire Morgan 35.07 and Leona Price, in her first XC, 43.33.  In thre senior men’s race, Marcus Bennetto was the first FODAC finisher in 42.24, closely followed by Dave Lowthian 42.27 and Dan Sandford 42.53.  Other results: Julian Boon 44.12; Mark Mathews 45.02; Chris Moore 50.42; Alan Robertson 55.25 and Roy King 56.36.

Eva Goodhead and Wendy Lawrence ran the second of the Relish Running Skyline 10k races from Bath University today. Not as muddy as in November, but the hills and twisty trail through the wood were still there, so still a challenge. They now have the second of the interlocking medals – one more to make the set! 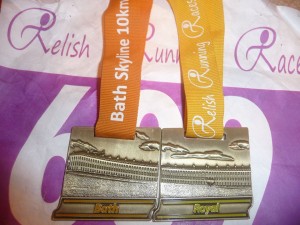