The weather was kinder than usual for the 2014 staging of Forest of Dean AC’s annual Christmas Tree Race.  This 5.5 mile route starts and ends at Ellwood football ground and includes mud and a few hills.  80 runners and another 30 with dogs took on the challenge. 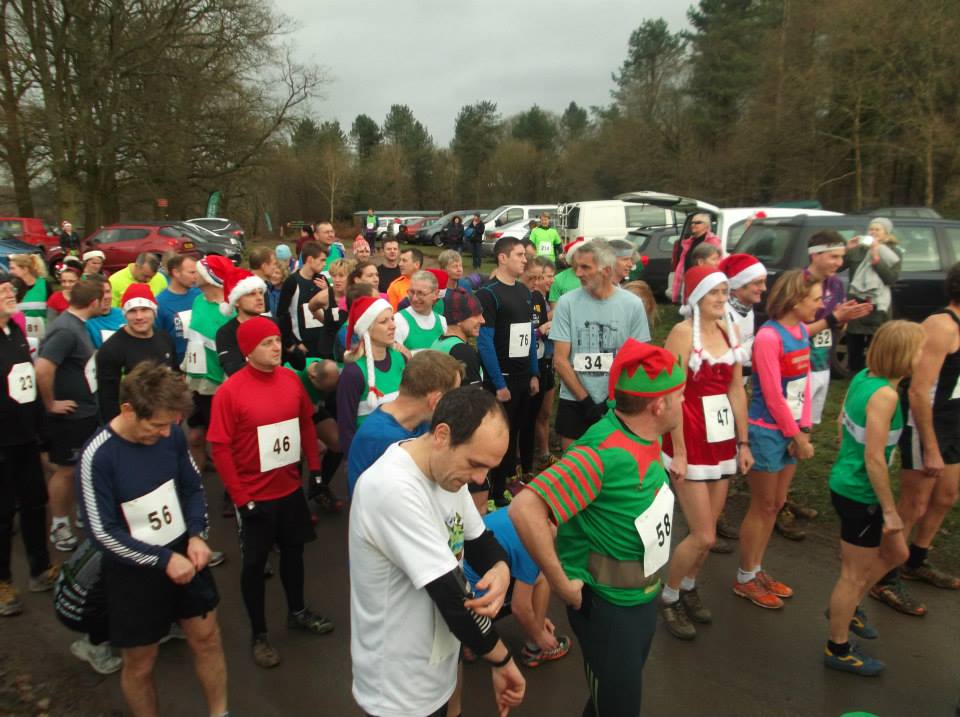 First male cani-runner was Richard Ashton of Canicross Worcester, in 46:52.  First lady was Alex Day in 50:27.