It was a clear day for the short Fan Fawr Fell Race. Starting at Storey Arms, just off the A470, the race was a 2 mile ‘up and then down mountain’ race, with 1000ft of climbing. It was the second race of the WFRA Winter Fell Series, so had a relatively good turnout for such a short race – 48 runners in total, with 3 Forest runners. 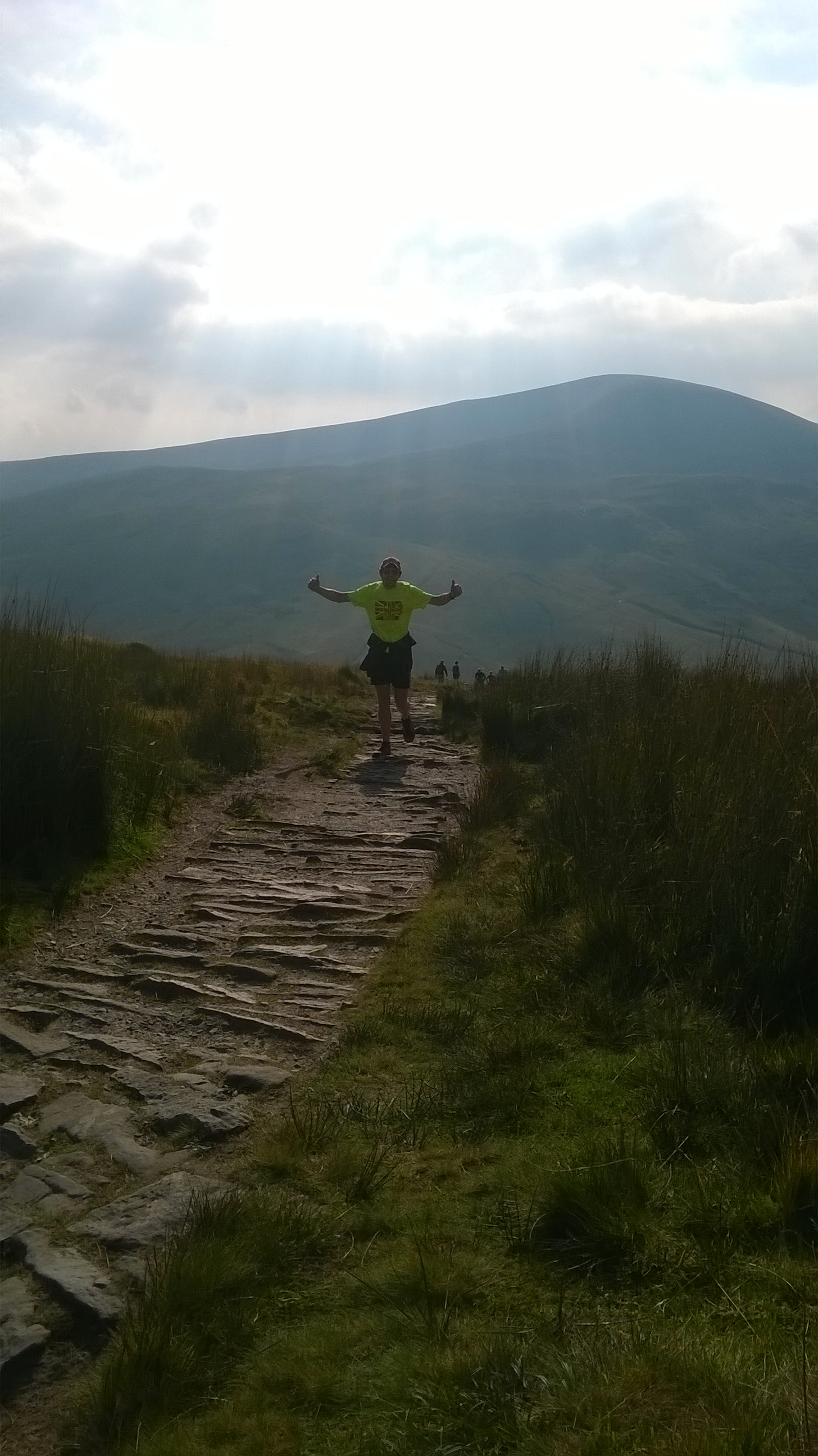 Jools on ‘cool down’ run up Corn Du, with Fan Fawr in background