Pipley Wood Mud Bath (Forest Runners get Down and Dirty)

Pipley Wood Mud Bath (Forest Runners get Down and Dirty)

Ten Forest of Dean Athletic Club runners took part in the ‘Pipley Wood Mud Bath’ on Sunday the 29th of January, a 10km race organised by Relish Running which takes place in the Cotswolds north of Bath and, as the name suggests, is known primarily for the amount of mud involved.

Whether by ‘dirty tricks’ or simply the fact that they are used to running in our own muddy Forest of Dean, the FODAC runners were able to come away with an impressive list of results.

The first Forest of Dean Athletic Club runner home was Graham James in 1:04:37 which earned him 3rd position out of 20 in the MV50 class while first of the FODAC women home was Cherry Fowler who also took 1st place out of 20, this time in the FV40 class with 1:12:01, a finishing time which also earned her the position of 3rd placed woman overall.  Equally impressively Jo Edwards took 1st place out of 6 in the FV50 class with a finish time of 1:14:34 more than 21 minutes ahead of the second placed runner in her class while Kate Burke and Sue Shergold took 3rd and 4th place in the FV40 class with 1:15:04 and 1:19:41 respectively.  Chris Hawkins took 2nd place in the MV60 class with a time of 1:16:11 while Andrew Knott came home in 1:30:59

Four other FODAC runners: Deborah White and Claire Lavender, Sheralyn and Neville Turner also took part in the race and deserve mention for their display of sportsmanship when they temporarily abandoned their run to help an injured runner back to safety before carrying on to the finish. 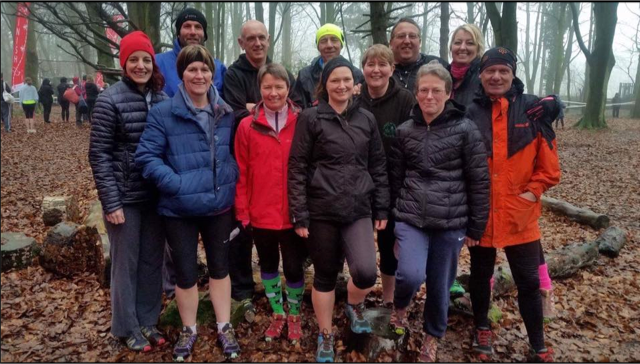