While some really awesome members of FODAC were doing themselves – and us – proud in London, Eva and I paid a visit to Brockhampton Estate. I had never heard of it until a few weeks ago, but we became well acquainted with its highways and byways this morning. The 9.3k Dirt Run (variously advertised as being 9k and 9.5k) took us along stony tracks; dirt tracks; grassy fields and banks; through mud; along paths on a 45 degree angle; tarmac road; and – most difficult of all – deeply rutted tracks now baked hard . The course twisted and turned through fields, woods, up hills, by lakes, through swathes of bluebells, with glorious views of the surrounding countryside.
The start/finish area was really picturesque, all finishers had a great medal and there were lots of prizes. I was second LV60 and received a mug, a bottle of beer, a pair of socks and a snood. Definitely a race to do again, as well as a great place to visit. 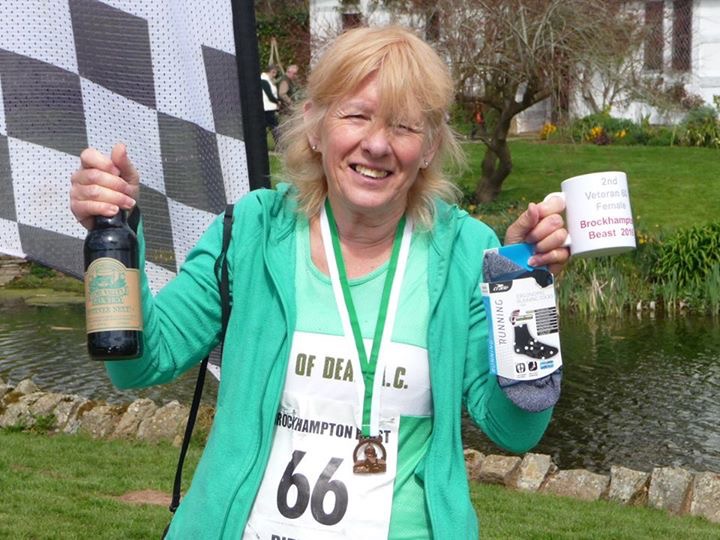 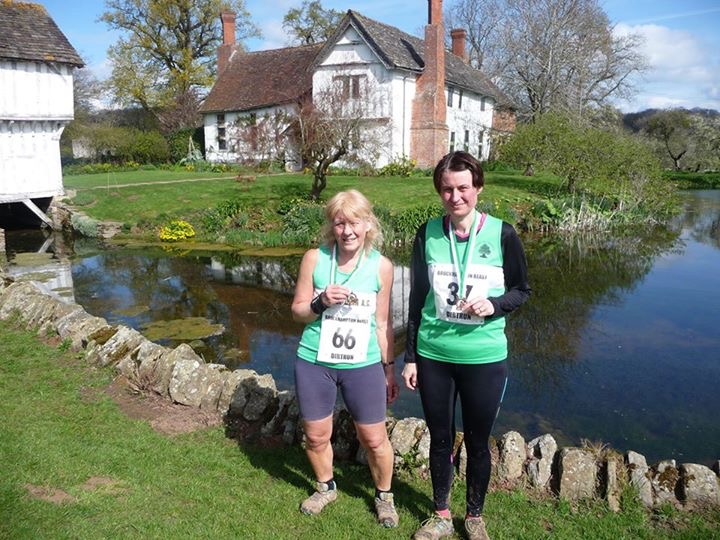 One of Chepstow Harriers races, this was the next place of call for FODAC on this weekend.

Offa’s ‘Orror is a 20k multi-terrain race on and around Offa’s Dyke in the beautiful Wye valley, close to the village of Tintern (home of the famous Cistercian Abbey).

If you prefer your races to be characterful and challenging then Offa’s Orror is for you. It’s hilly. It’s muddy. It’s tough. And it’s located in wonderful countryside. 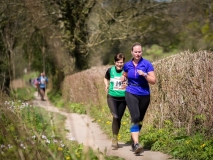 Results were as follows:-