126 runners took part in 5th anniversary run. Following which there was an award ceremony, this is for the winners on the points table, points are accrued on a weekly basis following the results of every race. This year’s male winner was Mark Matthews, with runner up Leyton Fleet. The ladies was won by Sheryl Hall and runner up Valerie Hamilton. This was the first year the Juniors also had an award and the winner was Jack Fleet, with runner up John Hamilton [ so very much a family affair.] 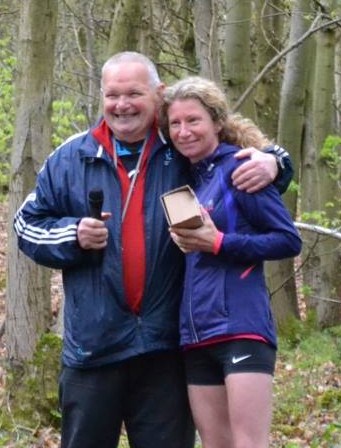 The prizes were presented by Hayley Clayton from the Forestry Commission and Tess Tremlett representing the Forest Of Dean D Council. Without the help of both of these bodies the Forest parkun would not be the success it is.